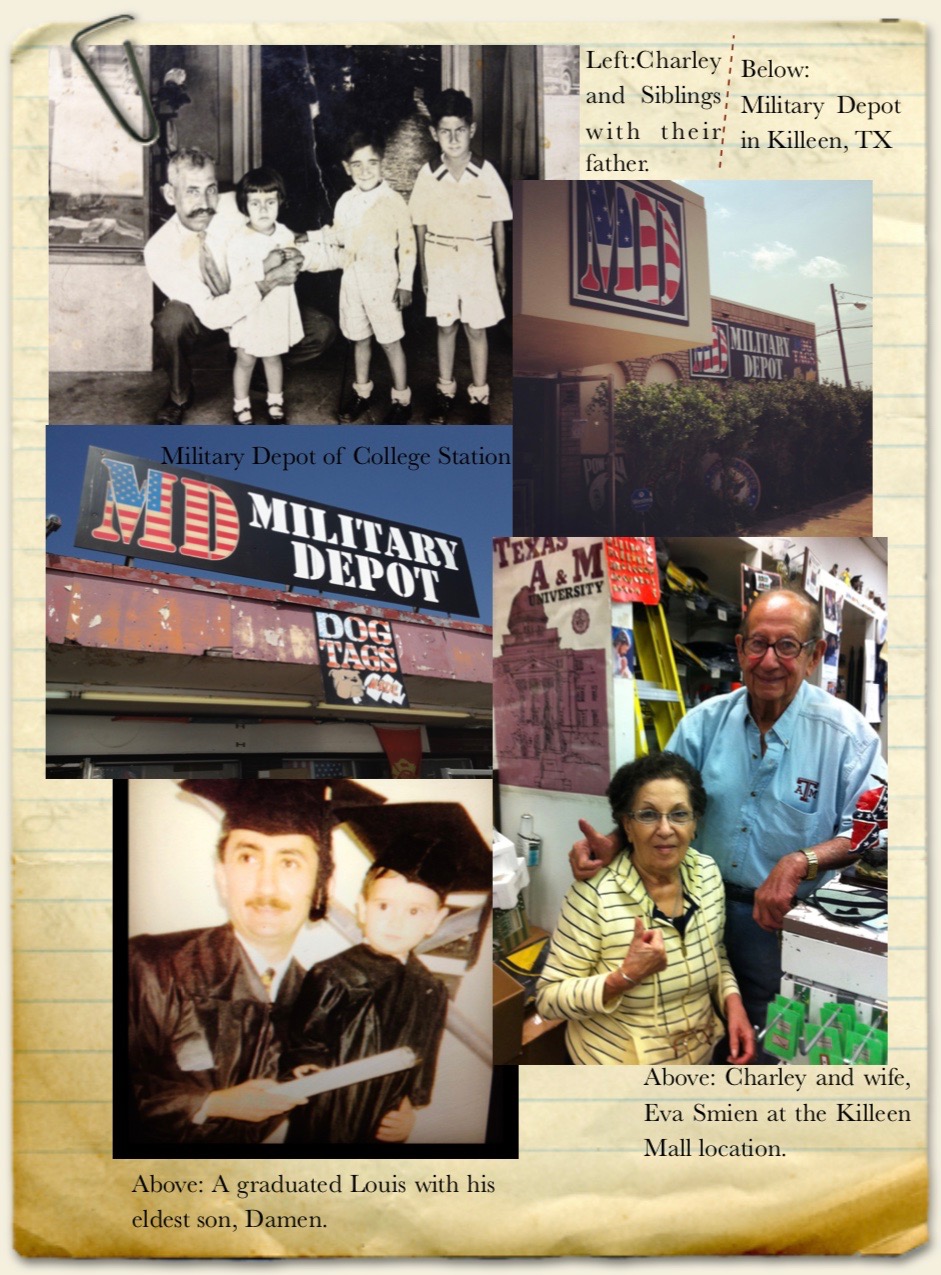 Sons of a World War I veteran and entrepreneurial immigrant, the Smien brothers Charley, Tony, and Fay took over an Academy Surplus in Killeen, Texas in the mid-1970s serving as a department store as well as a military surplus distributor near the base of Fort Hood. With the emergence of super stores such as K-Mart and Wal-Mart in the 1980s, businesses such as Academy Surplus were hurt and the eventual dismantlement of the company and joint partnership came as a result. Nevertheless, Charley and Tony decided to use their experience in the business to open shops specifically designated to selling military surplus in Killeen and the greater Fort Hood area with the establishment of, ‘City Surplus’ in the mid 80s. As the business continued to struggle, amassing critical debt, Louis Smien, the middle child of Charley Smien, dedicated his high school years tirelessly saving the family business while only accepting minimum wage. A successful businessman running many other financial ventures, Tony would leave City Surplus to the sole ownership of Charley Smien in 1988. In 1984, Louis received an acceptance letter to Texas A&M University. Attending a school so rich in military tradition and history, Louis established the first ‘City Surplus’ in Aggieland starting at Northgate in 1985 where the product line grew to include items serving the Corps of Cadets as well as Aggie paraphernalia for the general public. The location then moved to Post Oak Mall where the businesses were re-named, Military Depot. Shortly thereafter, the mall location was moved to it’s current venue on the Eastgate of campus directly across the main entrance to Texas A&M University. Military Depot of College Station has become their flagship store in addition to their two original locations in Killeen. A proud member of the Fightin’ Texas Aggie class of 1988, Louis graduated with a Masters degree in Architecture in 1992 after an intensive co-op program. However, with his father getting old in age, Louis assumed full responsibility of the stores, sacrificing the majority of his time and life to maintaining the business he built for his family. Mr. Smien has a wife, Stina and three boys, Damen, Case, and Jordan, part of the Fightin’ Texas Aggie classes of 2014, 2018, and 2028.